What is a VPN Connection: A brief guide on Corporate VPN

What is a VPN Connection?

For many, this term–VPN might have been unheard of, before the work-from-home situations arose. For others, this term would have been highly familiar already. VPN is an abbreviation for Virtual Private Network. This blog post will be focusing on Corporate VPN and not personal VPNs.

Virtual means, a tunnelling protocol is created on a virtual medium. There is no physical connection. It’s a tunnel that cannot be accessed by the public, hence the name Virtual Private Network. The encrypted tunnel helps connect 2 endpoints i.e., your PC to the VPNs’ remote Server/Service Provider.

But for it to remain private and provide full protection, it demands encryption. The public network can see that a tunnel exists but it would not know what data flows through it because of encryption via IPSec (Internet Protocol security), SSL or other such protocols. The people who have the decryption key or password are the only ones who can view and access the information that flows through it.

What is a Corporate VPN?

A Corporate VPN enables secure access and end-to-end encryption between devices in the same internal network no matter where they are working from. It has fewer limitations and provides enhanced security and more flexibility.

The most common advantage– it creates a corporate environment from the comfort of your own house. Employees can access files and do their work as if they are present in the office, physically.

Some organizations use Virtual Desktop Infrastructure for convenience but VPNs are more cost-effective and also gets the job done by providing you with the needed security features.

VPNs provide full anonymity by encrypting your connection, disguising IP and prevent ISPs or the government from prying on any confidential information. Your IP Address becomes distorted when your data passes through the encrypted tunnel enabled by the VPN. VPN users would all have an IP address different from their original IP, which is made possible with the help of a VPN Gateway.

What is VPN Gateway?

A VPN gateway, also sometimes referred to as a VPN Concentrator, is a networking device that helps connect 2 or more nodes.

It connects, routes, blocks or passes VPN Traffic across multiple users present in remote locations. Encryption and decryption of data and end-to-end delivery is ensured. The Gateway can be a router, a server or a UTM firewall, whose function is to assign IP addresses and manage multiple VPN Tunnels simultaneously.

Out of IPSec, SSL, L2TP, and PPTP, which one is the most secure?

Several tunnelling protocols are prevalent but corporate VPNs use either an IPSec, SSL or an MPLS protocol (MPLS will not be discussed in this blog post as it is a vast topic which would require an entire blog dedicated to it).

IPSec verifies the session and encrypts each data packet. It can be used with other security protocols to improve security. Additionally, the user and the server must negotiate the parameters to keep the tunnel secure.

SSL VPN uses the SSL/TLS protocol. It is much simpler than IPSec.The data flowing through this tunnel is encrypted using the SSL or TLS Protocol. All traffic flowing between a web browser and an SSL VPN device is encrypted with this protocol. It is the most secured VPN protocol out of all the others. SSL is not preferred for network-to-network communication but is predominantly used for client-to-network communication.

Often combined with IPSec to establish a super secure, double encapsulated connection. L2TP creates a tunnel between two L2TP points and IPSec helps encrypt the data for enhanced security. L2TP doesn’t provide encryption of its own. It relies on IPSec for its cryptographic requirements.

PPTP is easy to set up but not as safe and secure as all the other types. It is speedy because of its low encryption level. No additional software is needed but it has many loopholes and can be blocked by firewalls.

A major issue that people usually face while working from home was, their bandwidth getting hampered because of corporate and personal data being flowed through the same encrypted tunnel. The solution to this is the Split Tunnel VPN.

However, features like these come with their own set of Pros and Cons. Let us dive into both.

The entire web traffic, corporate or personal would pass through a single, encrypted tunnel. All policies are set by the company, where access is denied for websites or apps that hamper employee productivity. Employee activity is tracked throughout the entire day.

Remote Access VPN is feasible for connecting an individual, to the corporate internal network. A virtual tunnel is created between the employee and his/her company. And these are also secure and affordable.

This can be further split into:

Could be a server or a software application. NAS asks for credentials to let the user sign in to the VPN

Users will have to install client software or a specific application, to enable this. The software creates the virtual tunnel connection to the NAS and also looks after the encryption.

Here, two hosts are connected through a VPN Tunnel to enable secured data transfer. Before any type of transmission, the user is authenticated and encrypted keys are exchanged between the two users.

This type is most common in large business organizations. When remote, these are further divided into 2 types. Intranet-based Site-to-Site VPN and Extranet based Site-to-Site VPN. Let’s take the example of Infrassist itself, we have our head office in Ahmedabad, India and we have a branch office in Sydney, Australia; to ensure a secure connection between the two offices, an Intranet based site-to-site VPN is used.

And if Infrassist is communicating with another organization, the secure transmission of data would be done using Extranet-based Site-to-Site VPN.

When it comes to a corporate VPN, two types of topologies are present which could be explained easily through an example.

Let’s suppose that Infrassist Technologies Pvt. Ltd has its Head Office (HO) in Ahmedabad, India and has 10 branch offices (BO) spanning across the globe. So, that means 11 offices in total.

Assume that the company has structured its networks and tunnels in a mesh topology formation. If BO 1 is communicating with BO 2, the information is directly passed through the tunnel between them. No information is passed via the head office.

Branches remain independent so if the server at the HO goes down, the branches will remain functional and will not face any issue or glitch.

If one branch in the network goes wrong, it doesn’t affect the routing between other nodes (Branch offices)

It is a simple network structure where a central node is connected to all the other nodes. In a hub & spoke topology, every communication that happens across branches, will all have to pass via the head office.

When a large number of people work remotely, cyber threats are bound to arise. This has nothing to do with the dangers or security concerns associated with the VPN; the reasons could be that-

To mitigate these risks, Cybersecurity and Infrastructure Security Agency (CISA) has recommended the following best practices-

A few other VPN best practices include,

What does a VPN do?

VPN is an abbreviation for Virtual Private Network. It is a service that helps you remain incognito when you are browsing online. A VPN helps form an invisible encrypted tunnel or a connection between your computer and the internet. So while you are surfing on public networks, your data and identity remains anonymous and secure at the same time.

What is VPN used for?

To let the user that is searching on the Internet remain private and incognito. Mostly used when one is looking to bypass any type of censorship or geographical restrictions.

Make sure you use the VPN Service of a company that you trust and avoid free VPNs.

How to set up a VPN?

One way to set up a VPN is to set up a connection at home, using your router. The second way to do it in your Windows is by going to the start menu and typing VPN and add a VPN in the option. You can also set up a VPN on your Mac Device and iOS. To learn how to do this in-depth, read this blog.

If you are interested in reading technical blogs, we suggest you keep an eye on our website’s blog section every week. 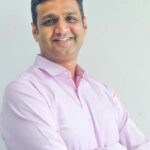 Nirav leads technical initiatives at Infrassist that supports MSPs business and crafts services/solutions that help customers improve their overall service quotient. He enjoys working and knowing about technology while handling all the customers with a great level of business acumen.