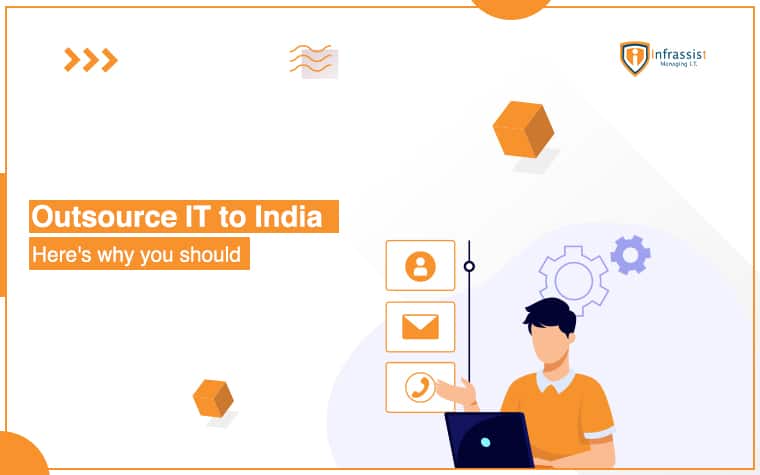 IT outsourcing from India: Here are 6 reasons why you should

We have all talked about IT Outsourcing many times. We thought why not address outsourcing IT to a country like India. Initially, when companies started outsourcing to India, the main motive behind it was to cut back on costs. But due to the many advancements being made. it’s not just about cost-cutting anymore. People have got skilled, innovative and agile talents to work for them. They are not just a mere outsourced team anymore but a team that adds value and helps generate more revenue.

The IT Services that are outsourced the most in India are Software Development, Web and App Development and Technical Support (something that we, Infrassist, are a part of).

So here is why, one should outsource your IT Service to India, the undisputed leader.

The fastest growing Tech Hub in the world

Based on the data from tech-data provider Dealroom.co which was analysed by international trade and investment agency London & Partners (L&P), Bengaluru emerged as world’s fastest-growing, mature tech ecosystem since 2016.

Investments in another major metropolitan city of India, Mumbai, have increased 1.7 times. The amount was around $0.7 billion in 2016 which rose to $1.2 billion in 2020.

There’s no doubt that this emerging trend that is being noticed in these 2 cities, would catch up in the nation, in its entirety.

Bengaluru has people coming from all across the country, to make a career, especially in IT, being one of the major industries.

We can say the country has a young population. The country has a growing youth population that is extremely tech-savvy. Digital Revolution has taken the country by storm and you’ll see companies like WhiteHat Junior teaching kids as young as 6 years to code and develop software. Talks are on to include coding and development as a subject in schools.

The curious mindset of the people and their ability to “google” and find answers to the questions. This self-learner attitude in the population has made everyone independent when it comes to tech.

There’s nothing that you won’t get a solution to.

In India, 550 million users actively use the Internet every day, which is the second-highest number in the world.

The Mindset and skills

With the government of the nation pushing the youth towards entrepreneurship and innovation, to feed the young minds with the mindset of being “job creators” instead of “job seekers” initiatives like “Digital India” aims at starting a Digital Revolution. Things have changed drastically in the previous decade.

Because of the importance and priority given to the IT Sector in India, the government has formed tax policies. The Information Technology Act has also allowed various tax benefits for the people.

When compared to the rest of the technology-driven countries, you can count India to be the best country you can outsource to. Considering the skills you get, the language, and the hard-working, dedicated and knowledgeable people that you get at that price. Labour costs in India are much lower compared to the other IT outsourcing destinations (especially when you count on, skills and expertise).

Well, the slang may not be as polished as that of a Native English Speaker, the focus and power given to English speaking in India is high. A population of about 4.5 million people who know how to speak English. Ever Since Kearney, the global management consulting firm began the Global Services Location Index to see the attractiveness of India when it comes to IT outsourcing and offshoring, we have topped the list right from 2004 to 2021.

Also, India is said to be the second-largest English-speaking country. And within the next decade, it is expected to quadruple. So, this becomes an added advantage.

India falls into a time zone which benefits the companies that plan to cater to their customers 24×7. For example, someone in the United States or Canada would highly benefit from outsourcing their IT to India considering the “almost 12 hrs.” time difference. And another advantage is that holidays would be covered. Since very rarely would any festival coincide with the ones celebrated in India.

The same goes for offering extended after-hours support to countries like Australia, New Zealand, the UK and other European countries.

Conclusion – IT Outsourcing to India

Surely there may be some disadvantages and every coin has 2 sides but factors such as the highly efficient youth population that is tech-savvy and considering the growth that the country is witnessing when it comes to advancements and progress in the Technology Sector. So, if you invest in India or invest in the IT Services sector in India, it’s a given that you will reap the benefits of it now, and in the future.

What also sets the IT Industry in India apart is the ability and the mindset of continuous growth and innovation. Also, the fact that it is the fastest growing IT hub when compared to its South-East Asian neighbours.

We upload tech blogs on our website every week. Here’s where you can find the blogs that we have uploaded to date. 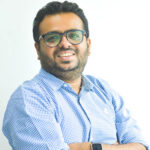 With over 15 years of experience in developing Businesses, Devang has held numerous roles to support Sales structures of the companies he has worked with. He started his career as a Business Development Executive, progressed to Channel Management and later supported and scaled the Distribution operations for MNCs, at a Global level. As the Head of Operations at Infrassist, he oversees the onboarding of MSPs, finalizes Project Scope and maintains customer loyalty and retention by ensuring effective communication and smooth operations between the customer and the technical team.

This website uses cookies to improve your experience while you navigate through the website. Out of these, the cookies that are categorized as necessary are stored on your browser as they are essential for the working of basic functionalities of the website. We also use third-party cookies that help us analyze and understand how you use this website. These cookies will be stored in your browser only with your consent. You also have the option to opt-out of these cookies. But opting out of some of these cookies may affect your browsing experience.
Necessary Always Enabled
Necessary cookies are absolutely essential for the website to function properly. These cookies ensure basic functionalities and security features of the website, anonymously.
Functional
Functional cookies help to perform certain functionalities like sharing the content of the website on social media platforms, collect feedbacks, and other third-party features.
Performance
Performance cookies are used to understand and analyze the key performance indexes of the website which helps in delivering a better user experience for the visitors.
Analytics
Analytical cookies are used to understand how visitors interact with the website. These cookies help provide information on metrics the number of visitors, bounce rate, traffic source, etc.
Advertisement
Advertisement cookies are used to provide visitors with relevant ads and marketing campaigns. These cookies track visitors across websites and collect information to provide customized ads.
Others
Other uncategorized cookies are those that are being analyzed and have not been classified into a category as yet.
SAVE & ACCEPT
Let's Get in Touch!